The PVGD has a bonus MAKE TALK PLAY event happening this month! We’re stepping away from the Quarters (just briefly) and traveling up the road to Hampshire College to sit down with the highly unique development team behind the challengingly clever word game Word Snack.

We’re going behind the scenes with the team to dissect the game design and development process. It will be an insightful postmortem into this great game and we hope to see you there! 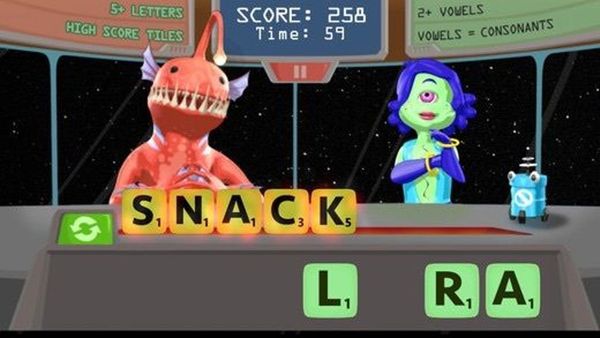 Word Snack was created by the Interdisciplinary Game Studio class during Fall 2014 at Hampshire College. Led by Professors Chris Perry and Ira Fay, the team of 34 members from the Five College consortium created WordSnack from scratch in four months. The game is out and available on both iOS and Android platforms.

“Play Word Snack, the game where aliens are hungry for words and it’s your job to feed them! Word Snack is a single player word game set in a diner in outer space. Feed words to hungry aliens, receive points for every word, and turbocharge your score by catering to their alien tastes. Some aliens love short words, others love long ones. Some crave consonants, others can’t get enough of vowels.

Word Snack features five different customers to feed and two modes of gameplay, for countless hours of fun. If you like word games and you’re looking for something with an extra challenge, Word Snack is for you! 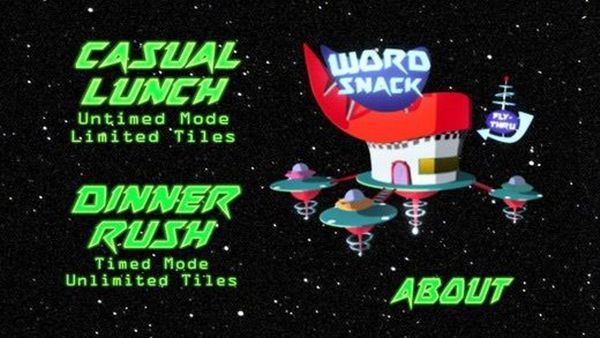